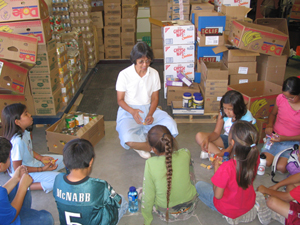 Extension with annual giving of $1,000 or more to Awaken the Mission Spirit in America.

Socius Circle honors the critical role our faithful supporters play in “accompanying” missionaries across America and reaching out a hand to help communities of faith create an empowering and vibrant experience of Church.

With your support, the Catholic Church can continue to thrive in some of the most challenging of places as missionaries work in inner city and rural missions alike. Day after day, these men and women of faith make sure that Catholics everywhere in the United States, no matter what their circumstances, can experience the transforming power of the Gospel.

We invite you to be a leader in this great mission opportunity. Your Socius Circle gift of at least $1,000 each year enjoins you with missionaries and faithful across the United States. By becoming a member, you also join a movement at the very heart of God’s mission in the world to create communities of faith, hope, compassion and love.

It’s easy and convenient to become a Charter Member of the Socius Circle online. Just visit our Online Giving page. 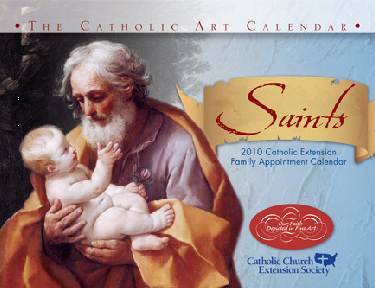 Many people don’t realize that there is missionary work going on right here in America – in our own backyards! Catholic Extension is the leading supporter of that missionary work. In fact, almost every diocese in the United States has been touched in some way by Catholic Extension. Since 1905, more than $450 million has been distributed to dioceses to help them staff and operate their small, struggling parishes.

Last year, Catholic Extension provided more than $18 million to America’s Catholic missions — calendar sales played a big role in that success story. With your help, a portion of every calendar sale — essentially “the profit” — goes directly to support men and woman of faith in mission throughout America. We invite you to be an important part of the Catholic Church Extension Society’s Calendar Program. You play a major role in mission success all over the United States when you choose calendars from the Catholic Church Extension Society.

By Robert Dixon, vice president for marketing and communications

I recently visited mission churches in rural Georgia and Utah as part of a team working on a short film for Catholic Extension, a teaching video that will help us explain not only what we do but for whom.

The trip took us to two parishes in the Diocese of Savannah, which encompasses the southern end of Georgia. Our first stop was at Holy Family Catholic Church in a town called Metter, which sits along Interstate 16 between Atlanta and Savannah. Our cameras would be there to capture a Mass honoring the 50th anniversary of the Catholic presence in Metter, as well as the sacraments of confirmation and first communion.

Catholic Extension, through our donors, helped build the church—twice. The first chapel, roughly four decades old, is modest and small, with a kitchen in back. It’s now the parish hall.

The newer church is a big improvement, a handsome building on three well-groomed acres. It makes for a picturesque scene.

The congregants reflected the same pride. The people wore dresses to the nines, and the atmosphere was so celebratory. People were really just glad to be there.

Presiding over the Mass was Savannah Bishop Kevin Boland, who proved unflappable even when a teenage girl in her finest clothes interrupted his homily, walking down the center aisle and nodding in deference before taking her seat.

“Glad you could join us!” Bishop Boland said, with good humor.

The next day we repeated the process, this time to the onion fields around Sand Hill, a tiny crossroads town in what city dwellers might consider the middle of nowhere.

Before and after the Mass our crew interviewed the bishop, priests and parishioners, and one theme ran through every conversation: everyone wanted to be certain that you, the donors of Catholic Extension, knew how much of a real, measurable impact you were having on their lives by making it possible for them to practice their faith to the fullest.

Extension magazine recently received this letter from Father Eddie Fronske of St. Francis Church in Whiteriver, Ariz., written to an anonymous donor who responded to an article about mission work on an Apache reservation. Father Fronske asked us to print it in the magazine, and we will.

But really, Father Fronske is speaking to all of us, and the inspiring words he received and gave back are worth reading on their own.

Here is the letter:

Thank you for your wonderful response to the article in Extension! You sent a donation of $300, holy cards and a most encouraging letter. Your letter was a special gift to me. Life is so challenging here on the reservation, with three parishes many miles apart and struggling with finances as never before.

You assured me of your prayers and reminded me that God is there in the worst of times and even when it doesn’t seem like it. You reminded me to stay with my 2-plus hours of prayer a day and assured me that God hears. Thank you for such a personal and spiritual touch. Thank you for your financial help, but most of all for your heart, from which came needed words of encouragement and love. 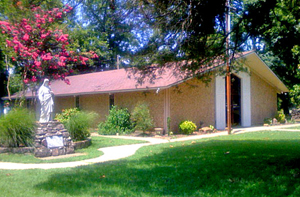 Catholic Extension has awarded $100,000 to St. Augustine Church in Dardanelle, Ark., President Fr. Jack Wall said this week. The money will allow the rapidly growing congregation to increase seating by 75 percent, to 280 from 160.

“People have been standing outside in the cold, heat and rain,” said Father Clayton Gould, St. Augustine’s pastor. “This will alleviate much of the congestion.”

The congregation is growing largely because of Latino workers who have come to work at livestock-processing plants in the area. St. Augustine is the only church with Spanish liturgy in the area and covers a 15- to 20-mile radius, but English Masses are also drawing more Hispanic worshippers, Gould said.

The construction project will also expand the sacristy, bathrooms and vestibule.

The congregation had already raised the majority of the funding, Fr. Gould said. But other costs, such as repaving the parking lot and architect fees, increased the tab.

Fundraising activities included an event with Mexican food and rides that drew people from all over the area and netted $11,000 in one day.

“They’ve been working so hard to raise money,” Fr. Gould said. “This is just going to be a shot in the arm for us.”