“There is a sense of unity in that when we go to Mass, we are going to Mass with you — the entire Church.”

This quote in and of itself may not seem profound for the average Catholic.  We believe that when we go to Mass we are celebrating with our fellow parishioners, as well as with the universal Church.  Nonetheless, when I heard this remark from Frank, I rediscovered its meaning. 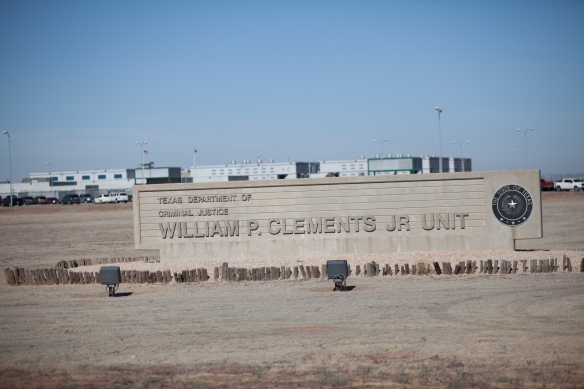 Frank is not your typical Catholic.  He is serving a life sentence at Clements Unit, a prison in Amarillo, Texas, where the average sentence is 65 years.  Despite his separation from the rest of the world, Frank does not feel alone.  He and approximately 1,500 inmates across seven prisons in the Diocese of Amarillo are ministered to by a team of five priests, eight deacons and 18 lay volunteers who devote their time to bringing the “outside” Church to the “inside.”

During a recent trip to the Diocese of Amarillo, Catholic Extension had the opportunity to sit down and speak with Frank, Wiley and Mike­— three practicing Catholic inmates within the walls of Clements Unit prison.  Each serving a considerable sentence. 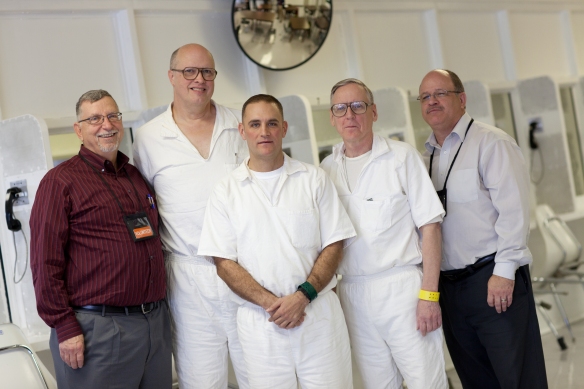 “We try to do all the same things that you do in all your churches,” Frank stated.  During 2010, the Diocese of Amarillo’s Prison Ministry held 167 Masses and 298 Communion services.  The inmates yearn for the Masses and services and any written materials they can have — including Catholic calendars.  Because prison regulations prohibit spiral-bound materials, every year the wife of one of the prison ministry volunteers removes the spiral bindings from nearly 100 Catholic Extension calendars and carefully rebinds them with yarn.  These calendars help the prisoners follow the Church’s liturgical calendar and are a valued acknowledgement of their faith.  In September, Catholic Extension awarded a $50,000 grant to the Diocese of Amarillo’s Prison Ministry to help sustain it through operational support.

Because priests are stretched thin, inmates and volunteers often gather and lead lay services or simply sing and pray.  Recent policy changes required the “prison parish” to break up into smaller services spread across different sections of the prison.  Though this has created additional strain on the priests, one inmate saw it as an evangelization opportunity.  Celebrating in areas outside of their chapel gives them the chance to reach out to other inmates.  Mike described, “If I can reach someone and tell them they have value, they begin to grow.  As they begin to pray their self-esteem rises and eventually they’ll reach out and bring a friend, too.”

The last question we asked before heading back into the “free world” was, “What would it be like without this prison ministry’s presence in Clements?”  I listened to a few answers about how the Church is a positive, stable and familiar presence in an otherwise gloomy place, I heard these men recount that the Church’s presence makes a tremendous impact on their daily lives, that the guards even at times ask them why they go to Mass and what they get out of it.  Perhaps Wiley’s answer summed it up best. “Can you imagine what this place would be like if we weren’t praying?” he asked.  “Who would even be able to work here?”