In a time of institutional uncertainty for the Catholic Church in the U.S., we are still able to soundly invest in its future.  We do this by investing in people.  This was the observation of Catholic Extension’s Chancellor, Francis Cardinal George, in his remarks to our board members last week.  He went on to say that even if institutions fade, the faith will remain if we invest in people by providing leadership training, adult faith formation and religious education.  My travels this week confirmed this fact.

On June 3, I spent an evening with 120 young Catholics gathered in Philadelphia for the Campus Ministry Leadership Institute, an annual gathering of college student leaders designed to give Catholic students tools and training to be faith leaders on their campuses.  Catholic Extension provided funding so that nearly 50 students from under-resourced and geographically distant areas of the country could be a part of this experience.  Beginning in 2012, Catholic Extension will help regionalize this institute so Catholic university students from the Southeast, Southwest, and Western states will have greater access to this training. 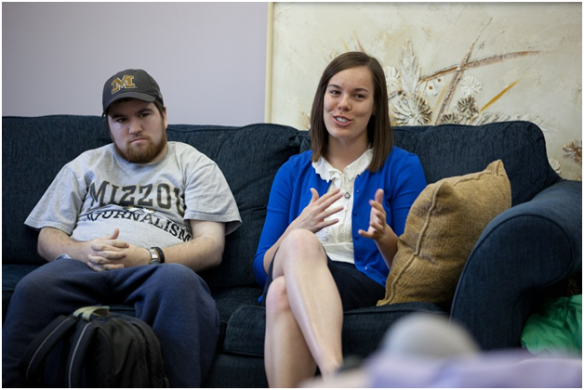 Students from the University of Missouri and Alumni of the Campus Ministry Leadership.

I met an extraordinary group of young people who, with support and encouragement, are going to do amazing things both in the coming academic year and in their future careers.

Alicia, from the University of Colorado in the Diocese of Colorado Springs, plans to implement a peer-to-peer outreach so that her campus ministry can connect more Catholic students to the Catholic Church.  “We are all passionate about our faith and our belief in God is moving us to do this,” she said.

Kristin, a native Texan studying education at Texas Tech in the Diocese of Lubbock, says her faith is impacting her career plans.  Initially, she wanted to try to “make some money.”  But, after teaching in a Catholic School, she decided to dedicate her career to educating the poor.  “Children need to know that they are loved by God,” she said.

Dan, a journalism major and campus ministry intern from the University of Missouri in the Diocese of Jefferson City, admits that campus ministry has changed his life. “It’s made me consider service in the Church,” he stated with great sincerity, explaining that he is considering the pursuit of many ministerial vocations upon graduation, including the priesthood.

It’s amazing to be in a room with so many young Catholics who are fervently faithful and accept the invitation to leadership.  As I spoke with the students about their interests and dreams, Cardinal George’s words resonated deeply.  These are the future leaders of the Church, and we must invest in them now.

Catholic Extension is discussing with campus ministers how we can solidify this leadership pipeline, so that we are investing in the development of young people during their college years, while creating post-graduate leadership opportunities as well. We cannot lose touch with these aspiring young leaders, who are arguably the Church’s greatest assets.

It’s faith-affirming to meet with these young Catholics, who are giving so much of themselves and receiving so much from their Catholic faith.  It reminds us that, no matter what, we must invest in people, because people do make a difference.

It’s hard not to be intimidated sometimes, or to feel discouraged or fearful about what’s happening in the world.  However, the oft-spoken scriptural adage, “Be not afraid,” is in the forefront of my mind as I return from Youngstown, Ohio.  In 2010, Catholic Extension started supporting this diocese of the Rust Belt.  The commitment came as the diocese was facing great evil in its inner city.

In January of 2010, Angeline, an 80-year-old parishioner of St. Dominic, was fatally shot as she was leaving church in an apparent botched mugging.  In September 2010, tragedy again struck when two 75-year-old parishioners were fired upon 12 times in their car.  Tom, the husband, was killed by a bullet to the head, and Jackie, his wife, was shot in the leg.  Although Jackie survived, part of her leg had to be amputated.  The couple had been “mistaken” for rival gang members. 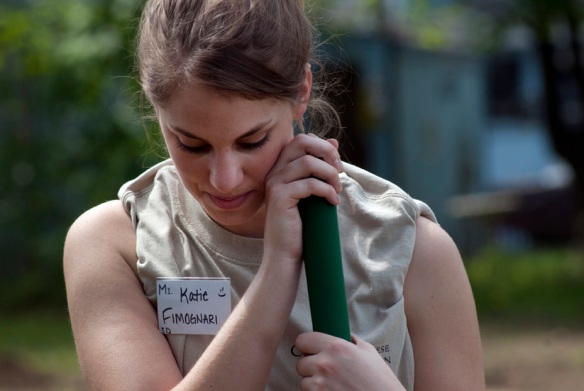 A family member of one of the deceased spreads dirt on a vacant lot to plant seeds that will yield new plants as well as new hope.

Parishioners of this resilient community on Youngstown’s south-side have refused to let these incidents darken their spirits.  They realize that it’s a moment to “be not afraid.”  To support them, Catholic Extension and the Diocese of Youngstown are collaborating on “Project Grow: Planting Hope.”  The project engages community members, parishioners, and teenage Catholic students from across the diocese to restore hope to the neighborhood by cleaning up junk and planting grass and vegetables in lots where drug houses once stood.  While the project will eliminate urban blight, it also serves as a means to engage the diocese’s young Catholics, to teach them the value of service and to help them see Christ in everybody and everywhere, including in these struggling neighborhoods. 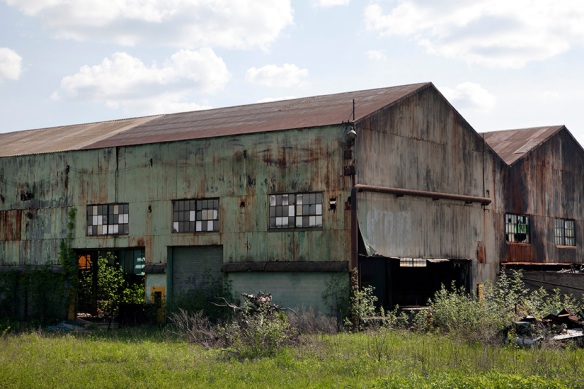 A shuttered factory in Youngstown, Ohio

On May 21, with support from Catholic Extension donors, more than 120 young Catholics hit the streets of Youngstown in various locations to take the neighborhoods back.  The evening before their work began, the youth were prepped with prayer by participating in Eucharistic Adoration.  They were instructed to see Christ not only in the chapel but in the streets of Youngstown, and to discover for themselves what it literally means to renew the face of the Earth.

“These young people are a symbol of hope for us,” said Fr, Greg, St. Dominic pastor, who spoke as kids worked around him in the 80-degree sun picking up old liquor bottles and drug paraphernalia from a vacant lot next to the parish, while planting grass seed to create a playing field. “Catholic Extension wants to instill the Catholic faith more deeply and this is what we are doing today,” he added.

Family members of the deceased also were among the workers.  I spoke to the nieces of one of the slain.  “We will not let this violence define us.  But being out here today helps give us some closure,” one said.  More importantly, the family members wanted to “stand with the parish” in its effort to fight back. 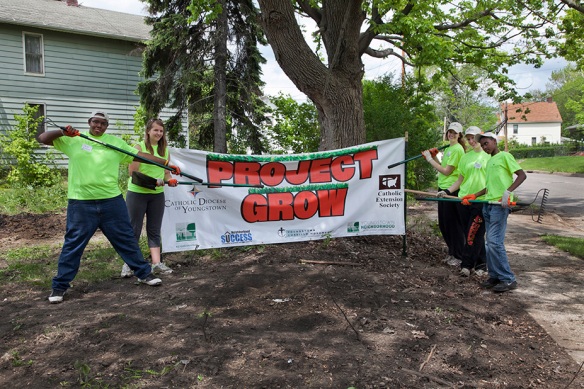 Teens experience what it’s like to be of service.

John Drummond, a recent graduate of Ohio State University as well as an alum of the Catholic high school down the street from St. Dominic, was in charge of logistics.  “I think this service has taught kids that your community is much larger than the 10 houses on your block,” he noted.  He gives these kids  credit.  “These kids are really inspiring,” said John, who is only in his early 20s.  “This generation gets a bad rap because people assume ‘these kids don’t want to do anything; they just want to play on their iPhones,’ but these kids are working hard.”

What’s the impact of this experience on the kids? You be the judge.

“This teaches us to help your neighbor,” said Taylor, a high school freshman.

“Poverty is not just in other countries, it’s right here in the U.S.” said Taiwana, also a freshman.

“I want to do this again soon,” said Mahia.

Change has to start somewhere.  On May 21 we took a great step forward for inner-city parishioners as well as for young Catholics from across the Diocese of Youngstown.  Catholic Extension will continue supporting the diocese to solidify and grow this hands-on evangelization.